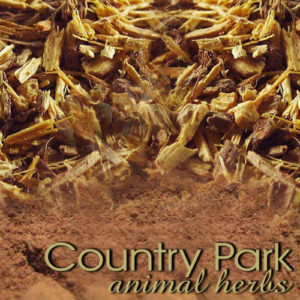 It is no surprise that licorice is most often thought of as an ingredient in confectionery – it contains a substance called glycyrrhizin which is 50 times sweeter than sugar (sucrose). Licorice root is also, however, one of the most valuable herbal medicines, praised since the times of the ancient herbalists who used it on both humans and animals.

Licorice reduces stomach secretions and protects mucousal linings, thereby making it useful for gastric ulceration and inflammation. Further, the glycyrrhizin has an anti-inflammatory and anti-arthritic action, and it simultaneously supports the body’s release of cortisol whilst inhibiting some of that hormone’s detrimental side effects – this makes it useful in treating some skin conditions (including itch). Licorice has effects on the adrenal glands which are protective, restorative, tonic and stimulatory. These properties can aid the horse which is recovering from steroid therapy/abuse.

It’s ability to soothe irritated mucous membranes and to break up phlegm and ease coughing sees licorice employed in respiratory conditions – couging, bronchitis, and chest colds. Licorice contains antibacterial, antiviral and antifungal compounds – approximately 30 percent of licorice’s dry weight is made up of antibacterial substances. It has also shown an ability to improve liver function and has been used to treat disorders such as hepatitis and cirrhosis.

Licorice appears to regulate oestrogen levels and it has been used to facilitate fertility in female animals (it is advisable, however, to avoid using it during pregnancy).

ACTIONS include: Demulcent (soothing and protecting membranes), expectorant (encouraging the passage of mucous up the bronchials), tonic, anti-inflammatory, anti-arthritic, tonic stimulant for the adrenal cortex, mild laxative, spasmolytic (reducing spasms of smooth muscle such as the bronchials and intestines), antitussive (relieving coughing), antibacterial, antiviral and antifungal.

CAUTIONS: Licorice taken in excess or for a long period of time can deplete potassium in the body potentially leading to fluid retention and raised blood pressure. Consult a herbalist regarding its use and stick to recommended dosages. Licorice should not be taken simultaneously with potassium-depleting diuretics as it may potentiate their effects. It should also be avoided when taking digoxin based drugs. However, licorice is helpful when using NSAIDs (Non-Steroidal Anti-Inflammatory Drugs) – it helps to avoid the irritating actions NSAIDs have on the stomach and intestines. Consult your vet and herbalist if combining licorice with corticosteroids. Do not give it to pregnant mares as it may affect hormone levels.