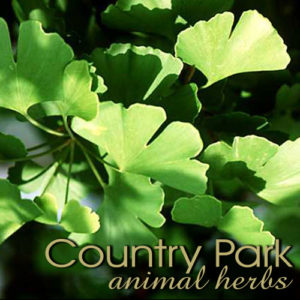 The maidenhair tree – is often referred to as a “living fossil” because of it’s antiquity. It is believed to be the world’s oldest living tree species, dating back to about 200 million years ago. Due to their amazing resistance to disease, bugs and pollution each tree can live for over a thousand years. Ginkgo has been used in Traditional Chinese Medicine for over 4,000 years. These days the tree is native to China and Japan but is cultivated extensively elsewhere for use in herbal therapy.

Gingko has significant effects on the cardiovascular system and is valuable in a broad array of health issues related to problems with microcirculation – whether they be in the brain, legs or sex organs. It in part achieves this by reducing the tendency of blood to clot as well as having a tonic action on several aspects of neural functioning. Gingko also acts as an antioxidant – neutralising free radicals (which are directly implicated in the aging process).

In humans Ginkgo biloba has been used in cases of memory deficits, impaired concentration, depression, dizziness, tinnitus (ringing in the ears), intermittent claudication (reduced blood flow in narrowed leg arteries causing pain) and headache. Gingko extract has also been found to stabilize or improve a number of measures of cognitive and social functioning associated with various forms of dementia, as well as being able to improve the cognitive function of healthy individuals. Asian healers have used ginkgo extracts for thousands of years to treat asthma and allergies, and justifiably so – the herb contains many anti-inflammatory and anti-histamine compounds .

This herb can be helpful for a horse resuming work after a spell, or for older horses that are sound for riding but are slowing down. Due to its effect on peripheral and cerebral (brain) circulation it can assist the blood supply to limbs, and general alertness. It can also be employed with regards to respiratory disorders such as heaves or difficulty of breath, especially if they are suspected to be associated with a particular season or allergic reaction.